In this blog post, the APG team and Kathleen Guan join to summarize some key aspects in the theory of “why personas work,” grounded in notions from social psychology. Enjoy reading!

Introduction to Theory of Personas

The Foundations of Personas

Personas are user portrayals that can shed light on issues encountered in product design (Marsden & Pröbster, 2019). They do so by informing stakeholders about user aims, interests, and actions through a holistic picture of user characteristics (Grudin, 2006).

Therefore, personas are effectively behavioral characteristics that embody the traits of users that a design seeks to serve. They were invented as a solution to the prejudices of designers, who may create systems that relate to their own interests without clear guidance on an undefined user base (Faily & Flechais, 2011).

The portrayal of real people in personas is designed to minimize reliance on personal viewpoints when discussing users’ experiences, perceptions, and mental processes (Marsden & Pröbster, 2019).

Cooper (1999) identifies persona creation as a powerful tool for communication and interaction design. This is because personas represent real people by outlining goals and preferences that are directly extracted from the experiences of real users.

Similarly, Nielsen (2010) has highlighted that personas can be understood as a means of communicating user data by focusing on field observations rather than preconceived ideas, thus improving user understanding.

How Do People Form a Connection with a Persona?

Persona creation engages stakeholders by tapping into the underlying psychological mechanisms of representation and communication (Grudin, 2006). Research has shown that most individuals do not engage with lengthy statistical descriptions, but naturally relate with other people, whether real or fictional (Kaufman, 2003). For example, existing user attitudes for specific product scenarios may be easier for software developers to process in the form of personas rather than conceptual frameworks (Faily & Flechais, 2011).

Psychological research indicate that people naturally and construct and engage with comprehensive depictions of others (Grudin, 2006), and that people organize themselves and those around them on the basis of categories (Hogg & Terry, 2000). Such categorizations take place at various levels. An individual’s identity is conceived of on the basis of idiosyncratic characteristics, in combination with the characteristics and values of the communities they belong to (Marsden & Pröbster, 2019). Personas resonate by communicating these various categories.

In the same manner as people relate to those around them, personas communicate both the individual characteristics users exhibit as well as the community traits the users represent (Grudin, 2006).

Designers and other stakeholders thus derive knowledge from personas by noting the characteristics portrayed in them and subsequently drawing inferences (Marsden & Haag, 2016). Such mechanisms are indicative of what social psychology terms “person perception,” i.e., the processes of categorization and subsequent social interaction that occur when we encounter other people (Macrae & Bodenhausen, 2001).

Through their portrayal of a specific users, personas operate on the human tendency to develop observations quickly and make judgements about the people one meets (Grudin, 2006). Personas thus fill the gap between the designer and the users who can use the product (Marsden & Haag, 2016).

When Does Connecting Take Place? Personas as a Tool for Empathy

Quesenbery suggests that the human disposition towards stories is what makes personas so appealing (Quesenbery & Brooks, 2010). The behaviors and characteristics outlined in a persona help stakeholders construct narratives to bring static users to life (Madsen & Nielsen, 2010).

By constructing a brief narrative to visualize how a detailed persona will interact with a product, one can create a story that illustrates the persona in action and thereby improve the design process (Quesenbery & Brooks, 2010).

Stories therefore help stakeholders to better understand user experience, as they not only identify a timeline of user activities, but also give insight into the motives behind such activities (Gruen et al., 2002). These narratives enable stakeholders to realign their design process towards the users represented by the personas (Quesenbery & Brooks, 2010, pp. 110–111).

As such, personas should include details that make the users come alive, to enable stakeholders to better predict how users will respond in different situations (Grudin, 2006). Similarly, experimental psychology studies suggest that if we know enough about an individual’s characteristics and goals, then we can predict their responses to different scenarios (Wilson et al., 2010). This forms the psychological basis for the efficacy of personas (Grudin, 2006).

What Information Should Personas Contain?

Before working on personas. it is necessary to define the behavioral characteristics that should be included in accordance with the project goals (Moser et al., 2012).

The more focused the characteristics are, the more the personas will relevantly illustrate the users (Moser et al., 2012). For example, Haikara (2007) followed an interaction design process that refines personas on an ongoing basis. The primary persona was sketched out in the exploratory phase and subsequent fieldwork refined the persona’s expectations. The author also created definitions to accompany the personas to maintain a clear focus for persona users.

Personas are models by definition and have to be streamlined and concise (G. Cooper & Bowers, 1995). Importantly, a major weakness of persona creation is that it may be prone to stereotyping, as too much reduction of complex social information can easily go unnoticed (Marsden & Haag, 2016).

Such oversimplified personas may foster a false sense of understanding and authenticity with stakeholders, as they may resonate because they correspond to preconceived notions and stereotypes, rather than accurately represent the users (Marsden & Pröbster, 2019).

As such, there is an ethical responsibility for personas to portray users with diversity and complexity (Adlin & Pruitt, 2009; Oudshoorn et al., 2004). Indeed, modelling inclusiveness has become an overarching issue in persona creation (Burnett et al., 2016; Källhammer & Wikberg-Nilsson, 2012).

By including the intersectional coexistence of multiple identities in personas, designers can better identify and recognize the complexity of user scenarios and thereby support user representation (Marsden & Pröbster, 2019).

Finally, with the power of personas comes the need to be accurate in their construction (Grudin, 2006). Research shows that generalisations and stereotypes may only be effective for short-term projects, and richer personas should be employed for long-term and more engaging use (Grudin, 2006). 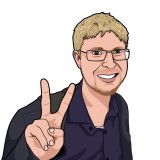