For one of our research projects we investigate whether additional photos beyond a single headshot makes a persona profile more informative without confusing the end user.

We conduct an eye-tracking experiment and qualitative interviews with digital content creators after varying the persona in photos via a single headshot, a headshot, and photo of the persona in different contexts, and a headshot with photos of different people with key persona attributes the gender and age.

Furthermore, various interpretations of the persona based on the choice of photos are biased by the end users’ experiences and preconceptions.

Thus, adding contextual photos increases the perceived informativeness of the persona profile without being obfuscating, but multiple photos of different people do evoke confusion about the targeted persona.

Dr. Jansen is a Principal Scientist in the social computing group of the Qatar Computing Research Institute, and a professor with the College of Science and Engineering, Hamad bin Khalifa University, and an adjunct professor with the College of Information Sciences and Technology at The Pennsylvania State University. He is a graduate of West Point and has a Ph.D. in computer science from Texas A&M University, along with master degrees from Texas A&M (computer science) and Troy State (international relations). Dr. Jim Jansen served in the U.S. Army as an Infantry enlisted soldier and communication commissioned officer. View all posts by Jim Jansen 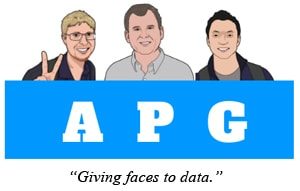